Here is the translation of what LD said in Spanish today.


I’m not mad, I’m sad. Because I worked very hard to have this opportunity to play in the World Cup, just like the others. Sometimes decisions don’t go in your favor. Life is like that. But it’s still frustrating, and it hurts a lot.
What did Jurgen say to you, what were his reasons?
What we talked about is private, but he told me I wasn’t going. I told him that I respected his decision. If it was my choice, it would be different.

First reaction?
I couldn’t believe it. It was a little incredible for me. I felt like it might be a dream, but then it was just very sad. 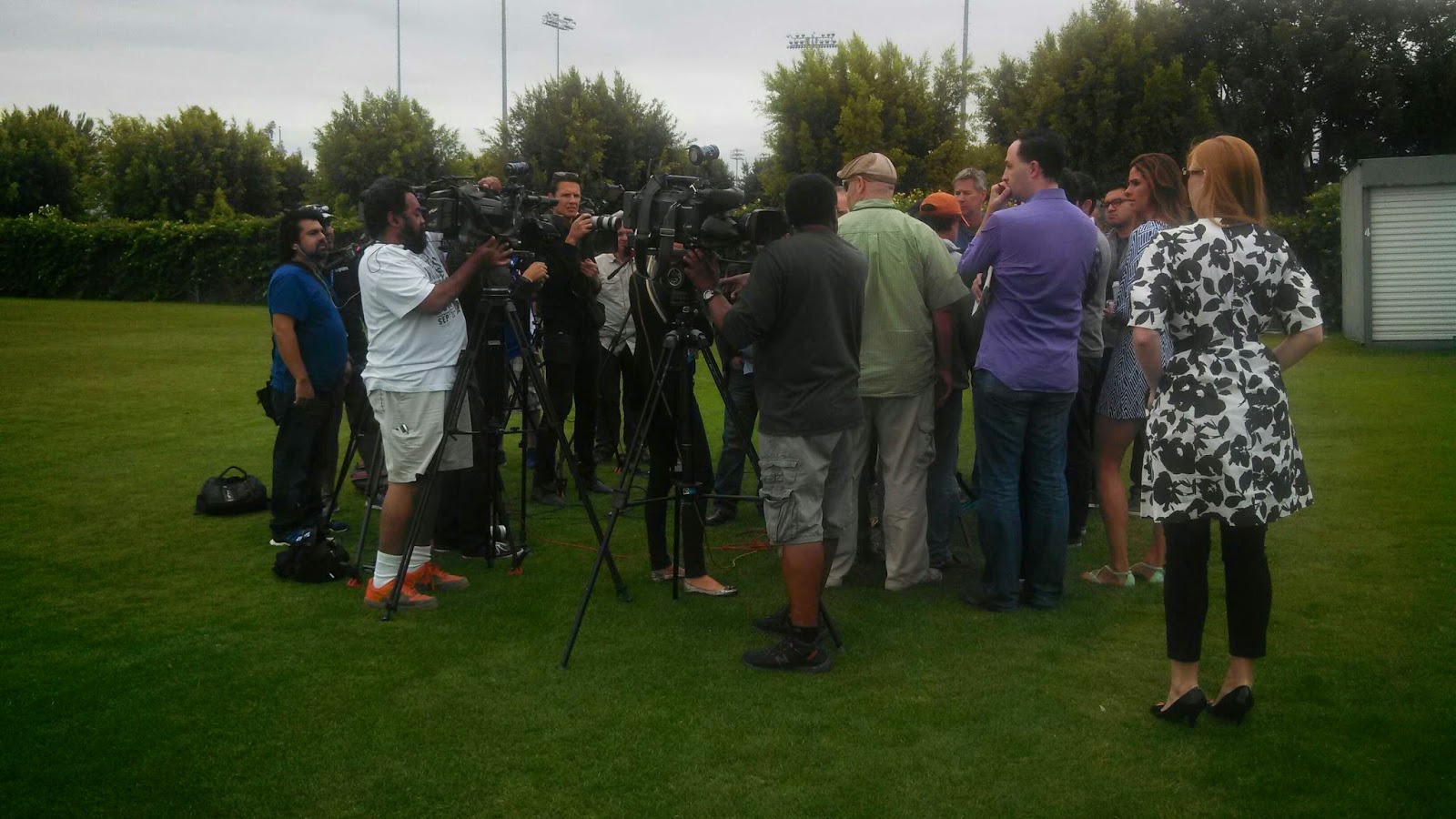 Is this unjust?
After the ten days in Stanford, when I look in the mirror, I can say that I deserve to go to Brazil. Not only for what I’ve done in the past, but I’m in good form. I’m strong physically and I worked really hard in each training. I think my teammates wanted me there. It’s hard, but at times, decisions don’t go your way. Life is like that at times. 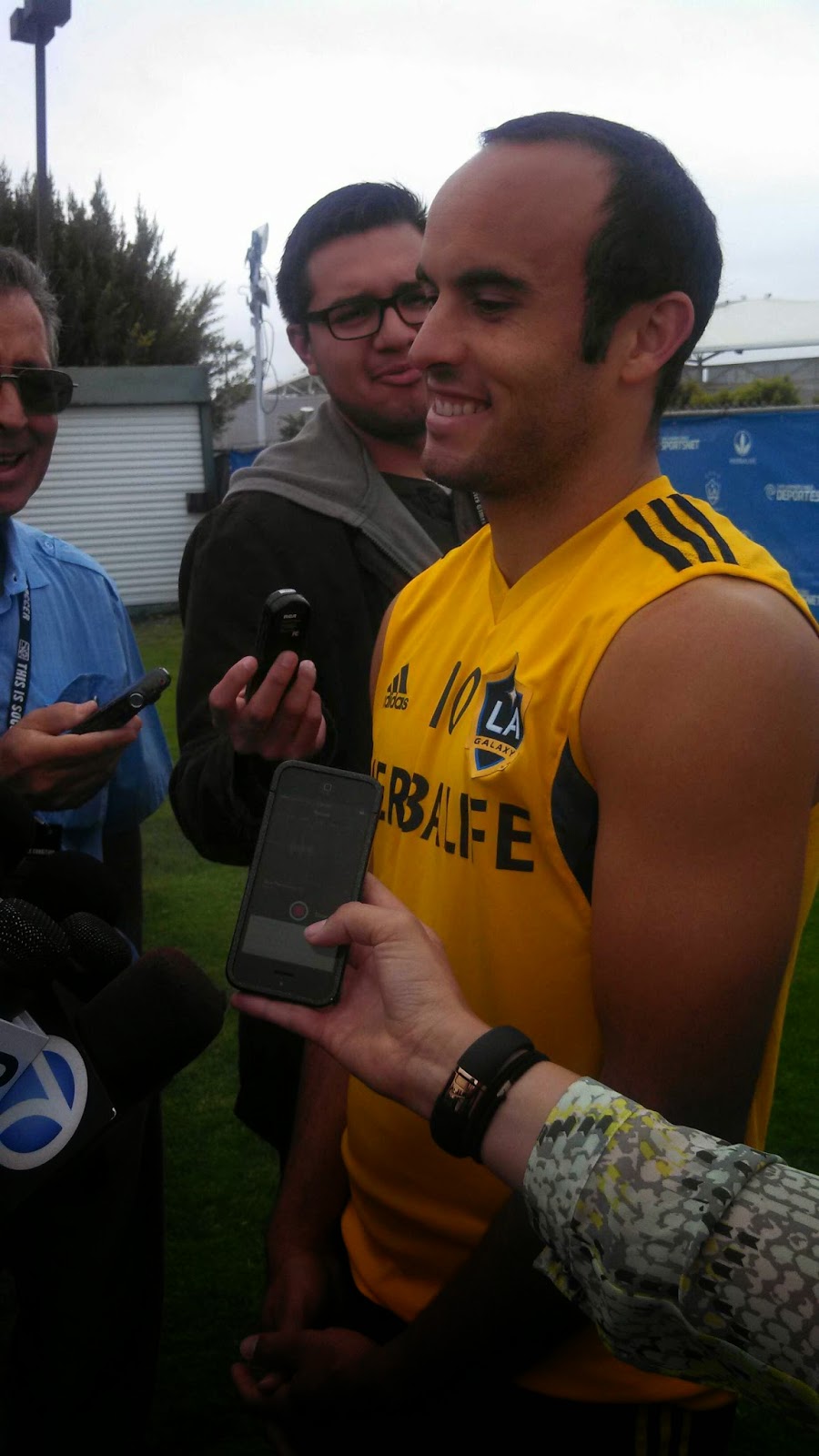 There’s a lot of arguments that you can make for everybody. Decisions are tough. It’s a good thing that we have tough decisions to make. In past World Cups, you probably knew the 10 to 15 guys who were the best players and the other ones weren’t up to snuff, but now we have a good group of many, many players who are in their own way deserving of being there. So that’s a good sign for US soccer.
Mystified?
I’m disappointed. I’m sad. I’m human and I wanted to go. I really wanted to go. I’m at peace with it. I respect the decision. I just feel in my heart that I deserve to be there and that’s the pill that’s hard to swallow.
Random Becks question
Beckham’s going to the World Cup? There’s a lot of discrepancies between me and Beckham. I don’t know. I can’t speak to that.
Sabbatical affected choice - if you had it over?
I would absolutely do the same thing. My performances and my stats and the way I played since my sabbatical speak for themselves. I actually think I’ve been a much better player since I came back.
Motivation for MLS season?
I’ve never been a guy who has been motivated by the negative. I don’t operate that way. Some people do, but that’s not my way of doing things. I’m excited to be back here. I certainly didn’t want to be here under these circumstances or this soon, but I love these guys. These are my teammates, this is my home. I will not let this affect me going forward.
Read more »
Posted by A.C. at 5:02 PM No comments:

Landon's Final Words on Klinsmann Cutting Him from World Cup

Reporter questions here are shortened down, Landon Donovan's responses as close to exact as I could get transcribing.

How do you move on from this disappointment? 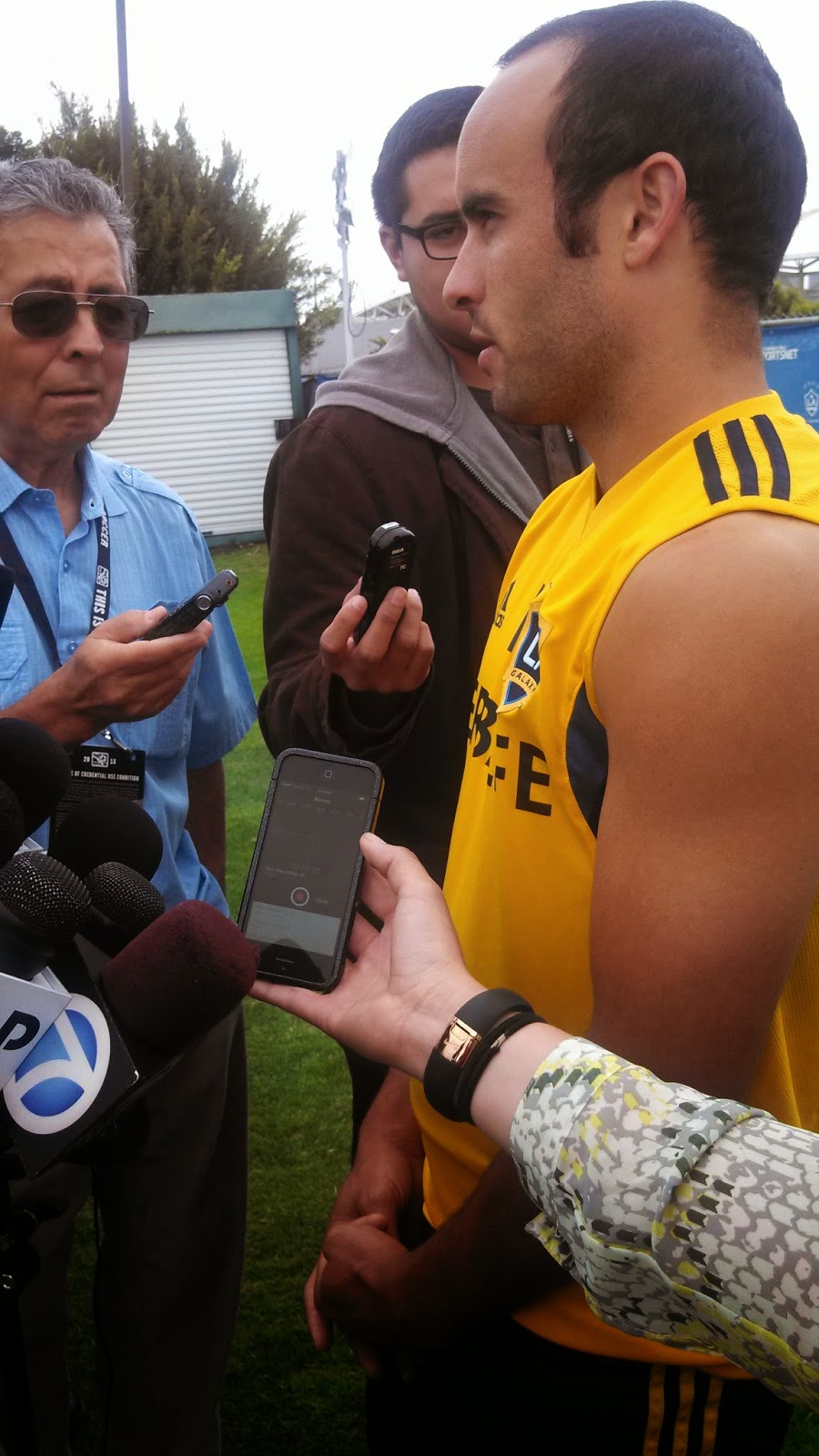 To be honest, the support I have received has been really overwhelming, and I think it’s helped me understand the sort of impact that I've helped have. It’s been really nice and so at the end of the day, although it’s surprising and disappointing, this is my job and all the guys out here (indicating Galaxy players) are depending on me and I want to continue playing and enjoying myself, like I have been.
Did you have a feeling or indication of exclusion?
No, quite the opposite, actually. Based on my performances leading up to the camp, based on Based on my preparation for the camp, based on my fitness, based on my workload, based on the way I trained and played in camp, I not only thought I was a part of the 23, I thought I was in contention to be starting. That’s why this has all been pretty disappointing.
What is your level of anger in this decision?
I’m not angry. I’m disappointed. I’ve spent most of my adult life and the majority of my life in general, dedicating myself to the sport in this country and representing my country. So, I was really looking forward to the opportunity to play in another World Cup and to help this team. Having been in camp for ten days, I really thought I was going to contribute in a big way, probably bigger than I had expected going in. From that standpoint, I think it’s disappointing. I think every one of my teammates would probably echo those same words.